Single tickets on sale NOV 15 to Members and NOV 22 to the public.

Heartbeat Opera’s daring 90-minute adaptation of Beethoven’s Fidelio pits corruption against courage, hate against hope. This imaginative staging features five singers, seven instrumentalists, and a recorded chorus of more than 100 incarcerated singers and 70 outside volunteers from six prison choirs in four states across the Midwest.


Learning Guide Created by The Broad Stage in collaboration with Heartbeat Opera, this Learning Guide is for learners of all ages, providing artist insights, inviting the reader to delve further into their artistic process and the content areas relevant to the performance. Educators are invited to use these elements to create arts integrated lesson plans with the suggested California state standards, social justice standards and social emotional learning competencies.

Return to Live Performances with Confidence To ensure the health, safety and well-being of our patrons, staff and artists, The Broad Stage is requiring guests and anyone working onsite to be fully vaccinated against COVID-19, and to wear masks at all times. This policy applies to all performances, whether indoors or outdoors. Learn more here. We will not be offering food and beverage concessions and pre- and post-show receptions during our Fall 2021 programs until we better understand the potential risks patrons may encounter. Outside food and drink, including bottled water, are not allowed inside the theater. 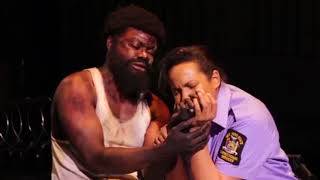